Matt Kekena is Spotlight Reporting’s current Product Manager, and resident musician. He’s incredibly coy about how many instruments he plays, but at last count it was about seven (if you count the recorder).
Matt’s journey to Spotlight Reporting has taken him through the accounting industry, during one of the most difficult periods of history, and out the other side. Now he influences the conversation around advisory through Spotlight Reporting, as one of our product's biggest players in direction and improvement.

Matt Kekena: the default accountant who jumped the fence

What led me to accounting
To be honest, I became an accountant by default.

Throughout high school, I’d been set on becoming a civil engineer. I took geography, calculus, and physics, I enrolled in the relevant university courses, I even had a part-time job lined up with an engineering firm—and then I decided not to go through with it. A family friend, who was in that industry, told me that if he could do it all over again, he wouldn’t. (He now owns a lawn mowing franchise, and is happier mowing lawns than he ever was as a civil engineer).

Having pulled out at the last minute, I scrambled to find a career path that would utilise my math skills, and accounting was the first thing that popped into my head. After conversations with accountants, business owners, and a careers advisor, I turned up to my first day of classes with zero knowledge of the subject matter. I remember sitting in Accounting 101 and thinking, “what have I done?” as the terms debit and credit were added to my vocabulary.

Like any young accounting student, I knew all the accountant stereotypes, and thought I could change them. Accountants are perceived as quite boring, traditional, uninspiring, budget conscious, and we all thought we could make it look cool. It took awhile for me to learn otherwise. 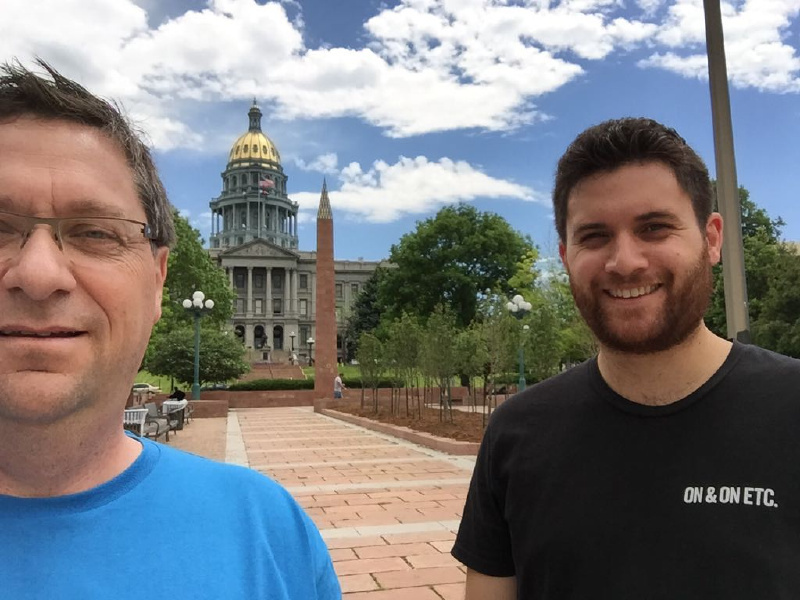 Matt and CEO Richard Francis in Denver for Xerocon 2015

After graduation
I was still studying in 2008 when the GFC hit, and it hit hard where I was hoping to get a job: Hawkes Bay. When I graduated, I was one of two people in my graduating class that made it into a Chartered Accounting firm, and that was only because we were the top two in our year. Even then, I could only find a part time role. It was rough, seeing the people I’d spent the last four years with end up in positions they were overqualified for, like working at the McDonalds drive-thru, or at checkouts in the supermarket. But because of the recession, no one was hiring.

I took the opportunity to study part-time around my hours of work, studying IT with an eye to becoming a systems accountant. It took me two years to complete, and from there it was an easy segway from 25 hours of work a week to 40. By that time, the market was beginning to settle down, but because Hawkes Bay is provincial New Zealand, it went through the GFC later, and the crisis felt longer. I ended up being involved in quite a few liquidations and receiverships.

Advice for businesses going through a recession
The best thing any business can do during this period is to seek advice from people who know what they’re talking about: advisors. In my experience, businesses who took advice during tricky and difficult times tend to flourish, while those who are too stubborn to listen, who think they know best, are unfortunately no longer in business.

I’ll always remember one particular client, who paid us a decent fee, only to disregard our advice. We were forced to watch them go into decline, knowing that they had families to feed and bills to pay. We’d field calls from employees asking why they hadn’t been paid their wages, and suppliers who refused to deliver another order when the last one hadn’t been paid for. All because they refused to be open to advice.

Matt at a grand piano, and on a keytar

Out of the industry, into the Spotlight
Richard, our CEO, likes to tell this joke at roadshows and during webinars, about how I was the young, aspiring accountant that jumped the fence and escaped.

We met in 2011, when he came to our firm to present Spotlight Reporting, and because Hawkes Bay accountants all supported local Xero founder Rod Drury, it was an easy sell. But Xero piggyback aside, Spotlight Reporting was dazzling. We were all a bit in awe.

I loved using Spotlight Reports with a small handful of clients. So when I made the decision to leave the firm, I decided to go straight to the source. I monitored Spotlight Reporting for about six months, and as soon as a position became available, I went for it. I jumped the fence, and never looked back.

From there, it’s been a whirlwind journey of progression—four different roles in my five and a half years working for Spotlight. I joined the company as a Customer Experience Specialist, was promoted to Support Manager, then became the Education and Training Lead, and as of five weeks ago, the Product Manager.

I really enjoy what I do. In my very unbiased opinion, leaving aside my current role as Product Manager, and the say I have in the development of our product, I think Spotlight Reporting is the best reporting and forecasting tool there is. Back when I was an accountant, I did use other software solutions, but nothing quite compared. Our biggest competitor was Excel. 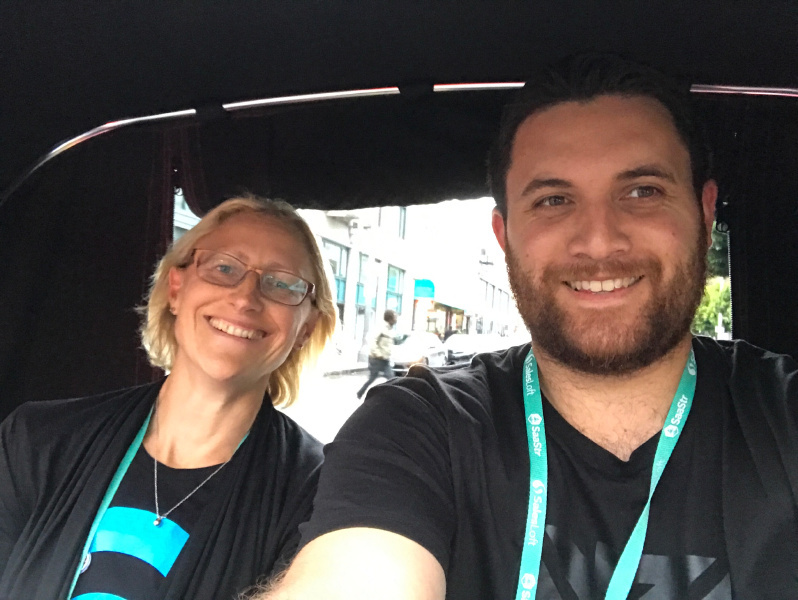 Matt and CFO Julie in a tuktuk in San Fransisco

In conclusion
My old manager used to say: “There are two people who know more about you than anyone else: your doctor, and your accountant.” In my experience, the accountant usually gets to know what the doctor knows too, when clients inadvertently blurt out their health problems in answer to the question, “how are you?”

Accounting is an incredibly human industry. We have the tools to keep businesses afloat right now, and we should use them. Circumstance happens to everyone, but at the end of circumstance, there’ll be people who operated within a sphere that thrived, as well as those that didn’t. Accountants can make all the difference. We’re the conductors of this performance, keeping our orchestra of clients playing strong, until we hear the applause of good times again.

This piece is part of our series, “Designed By Accountants, For Accountants”, highlighting some of the key players that make up the accounting DNA of Spotlight Reporting. Their experiences created and influenced the biggest reporting tool in the ecosystem created by accountants.